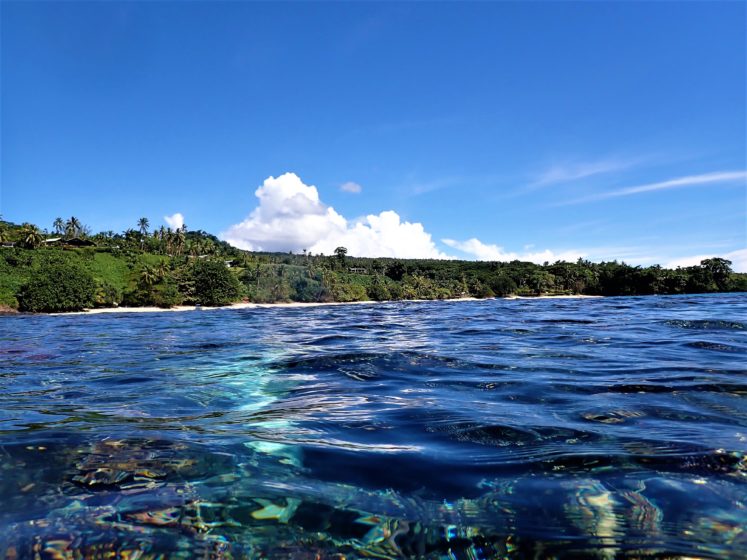 We have heard of the fish wife or sometimes more accurately the fish widow, who gets so fed up from changing light bulbs, mowing lawns, and doing home repairs by herself that in a moment of rage and frustration tells her husband that either she goes or the boat goes. This wifely statement immediately sends the husband fleeing to the safety of his fishing pals to commiserate on how much he is going to miss his wife, while secretly rejoicing about having more unfettered fishing time.

In no way, shape or form is this meant to minimize that rare breed of women anglers out there. If a man has one of them he has truly hit the lottery and the light bulbs aren’t on enough to need changing.

But the generalized version is the fish widow and her fisherman and what compels him. The dynamics are quite unique and telling about the person who loves to fish. “Love” is the keyword here. There is the “romance” of fishing above and beyond the whole Hemingway scenario of a mere man against a great fish.

From Man to Fisher Man

The romance goes way deeper than that. It generally starts quite innocently with a small desire that is sparked by either catching or seeing their first fish brought up from the watery depths. This little desire is fueled and then firmly ensconced by some nearby male bonding and heavy doses of testosterone. The seed is planted or more aptly the hook, line and sinker. The fish becomes the object of their desire and the fantasy begins to insidiously take form in male mental and verbal foreplay.

The transformation from Man to Fisherman is a force of its own. It begins with the seduction in great detail. It is not only restricted to time, tides, localities, weather, moon, participants but can include moods, engine harmonics and even bananas. Plans of attack are refined and more equipment is requisitioned for any eventuality. Should we sit down, stand up and fight, fight, fight.

Lest we forget that the acquisition of gifts to entice the object of their desire is not chocolates, roses or diamond tennis bracelets, but would she prefer live bait, skip bait, shiny lures, soft heads or flies. These are the jewels the fishermen offer for their goddesses of the sea. You could ask a fisherman what is this year colors in ladies fashions and he wouldn’t have a clue. But ask him what color lures he should use on a rough, cloudy day in December and he will bring out the latest array of lure fashions in every imaginable color.

Watching a fisherman dress a lure is like watching a teenage girl get ready for her first prom, does this skirt match this head and what about the underskirt should it be pink, silver or blue. The decisions are endless, yet somewhat painful because the wrong decision will lead to rejection of the cruelest kind with egos and morales momentarily dashed. The fisherman is left agonizing over being whitewashed and skunked. Their thoughts stray to obsession as they contemplate what they did so wrong to be spurned and they vow to try harder and be better the next time. Wanton playboys on the prowl for women go through far less planning.

No matter how you cut it a fisherman lives on fantasy. On a good day of fishing he starts up his engine to greet the gray light of dawn with hope in his heart. As the sun slowly makes its ascent he continues to do everything fishermanly possible to entice her out of a seemingly endless and featureless mass of water. He patiently waits and excitement is replaced with anticipation. He desperately searches the sky and sea for any hopeful signs of a nemesis hunting his unrequited love.
Just as hope begins to wane and he is going to replace the emptiness in his gut with lunch and takes that first bite, she comes, not with a whisper, but lights the water in her trail and explodes and crashes all the lures, or baits and flies and the reel screams. Lunch is indiscriminately flung and all thoughts of nourishment are quickly forgotten.

This is where fishing departs from other sports, one doesn’t have to catch or hit a ball. Not to take anything away from hunters, who will see the spoor and stalk his prey and the outcome depends on how good a shot they are and how well they followed the trail. You can’t stalk a fish nor can you shoot a fish, well you could shoot it, but no one would dare risk being excommunicated from the fishing fraternity, nor could they endure a lifetime of ridicule.

One would think that the planning, the seduction, the obsession would be enough, but no… now the real fun begins and the hopeful suitor becomes the anxious angler and he has to actually fight with the fish with no guarantee of success. One mistake or one detail overlooked and it is all over and she is gone on her terms without a fare thee well.. Should everything go right and he gets her to the swivel and releases her or captures her it borders a religious experience.

For their first fish the wife is usually quite supportive, but as the years drag on and each one was better than the last, she begins to silently simmer and fume. Granted it is nice he is not talking about other women, but still, it has that familiar ring of a competitor for his affections. He returns home from a successful day of fishing in ecstasy, singing the praises of his great fish to all who will listen. “You should have seen her, she was the most beautiful thing I have ever seen in my life, the fight she gave me was unbelievable, it was incredible, she was absolutely amazing, and so incredibly incredible.

Herein lays the problem as the fish widow has quietly observed the whole process from the seduction to the conquest and she realizes she has not seen “that” man since their courting days nor has he described her in such splendid detail since their honeymoon. With that in mind surely the fisherman can understand how he may be unwittingly undermining the future pursuit of his fishing passion and putting his boat, meals, laundry and overall creature comforts at risk.

Imagine the fantasy that is running through the wife’s mind, she knows very well if he truly wants an incredible fight, she can make a round with a grander look like a battle with a minnow. If her last nerve is still strong she wisely doubts that he will appreciate her fighting prowess as much as he appreciated the fish fight. If she has hit that point of saturation then under no uncertain terms the battle lines are drawn between the fish widow and the boat.

It all sounds rather romantically dismal from that point of view with the fisherman trapped between his passions. However, years ago the powers to be did a psychological study comparing men’s occupations and or hobbies to determine which group would make the best husbands. Believe it or not, it was fishermen!

When one takes a step back and looks at the characteristics of a fisherman, it almost makes sense. Where else can you find a man who is patient and holds the faith that all of his efforts will come to fruition. They live on hope and a fantasy, which motivates them enough to go out and continue to spend a great deal of time, money and energy with no guarantees. They don’t faint at the sight of blood. Their control issues are generally restricted to their boat and tackle and not to the fish. They take the failure of not bringing the fish to swivel upon themselves and often in the midst of disappointment will feel a bit of respect towards the fish for outmaneuvering them. They are madly and hopelessly in love with something that is going to fight with them every inch of the way, and they go back for more every chance they get. Most importantly they can accept loss and disappointment. These are all incredible traits to have in a mate. Lest we forget the fish widow has a lot of these traits also and no photo op to show for it.

Perhaps the secret to keeping the wife and the boat is rather simple. Before embarking on the fishing expedition, complete the honey-do list, give her a big cuddle and a squeeze, tell her she is absolutely stunningly incredible. For the wives squeeze him back and tell him he is a good and patient man and enjoy the rest of the day off because almost no matter what you do he always comes home happy from fishing, win, lose or draw./ 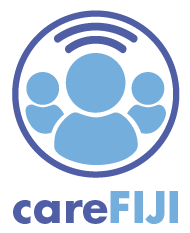 Makaira has been certified as a Covid-19 safe area for visiting guests, and all associated staff have received their Covid-19 vaccinations.

At Makaira Resort we continue to observe all the appropriate safety protocols to ensure our guests safety and comfort.

Wish you were here ?

I cannot say enough good about Makaira. After my first stay of 2 weeks, we HAD to go back.  This time was for a 3 weeks stay, and it’s never long enough. The beauty of Taveuni Island will stay in your heart forever, and the owners will make you feel pampered and loved.

Makaira is not a destination, it’s a reflection of the wonderful friends who work so hard to make every moment of your stay enjoyable. A resort without the trappings of the typical 5 or 6 star resorts but far more enjoyable because of the care shown by everyone. 15 days of bliss !

The staff greeted us with genuine smiles of happiness and open armed welcome on our arrival. They make everyone of the limited number of guests feel like a long lost family member every time they see you with a greeting of “Bula”. They remember my name and ask how we are doing every day, and … END_OF_DOCUMENT_TOKEN_TO_BE_REPLACED

This was my first holidays en Fiji, Taveuni Island has everything we want beautiful beaches and rainforest and waterfall, and Makaira was the best!!! It is so amazing place and your staff is so kind and nice, we stayed 10 days and we want stay a month!!!! I can live there, truly is a paradise, … END_OF_DOCUMENT_TOKEN_TO_BE_REPLACED

Links / In The News